Drawing on the works of Herbert Marcuse, this collection investigates the condition of a mind that is subjugated to a one-dimensional universe. The title stems from a section in Baudrillard's ”The Consumer Society” which depicts the primitive state of post-industrialism, where all efforts are dedicated to survival. ”[We are returning] to the state of those who, as Daumal has it, 'plant potatoes so as to be able to eat potatoes, so as to be able to plant potatoes again, etc.” What happens to the cultural imagination of such a society? With reference to wooden objects my brother made as a child, I wanted to look at identity formation in late stage capitalism and create crude outlines of what I saw. The outcome is a naive interpretation of social relations that honors aspects of failure and the disruptive potential of the amateur. The collection was awarded L'oreal Young Talent Award (Runner Up), Nina Stewart Award, Maison/0: Special Mention for Provocation and Colin Barnes Award. 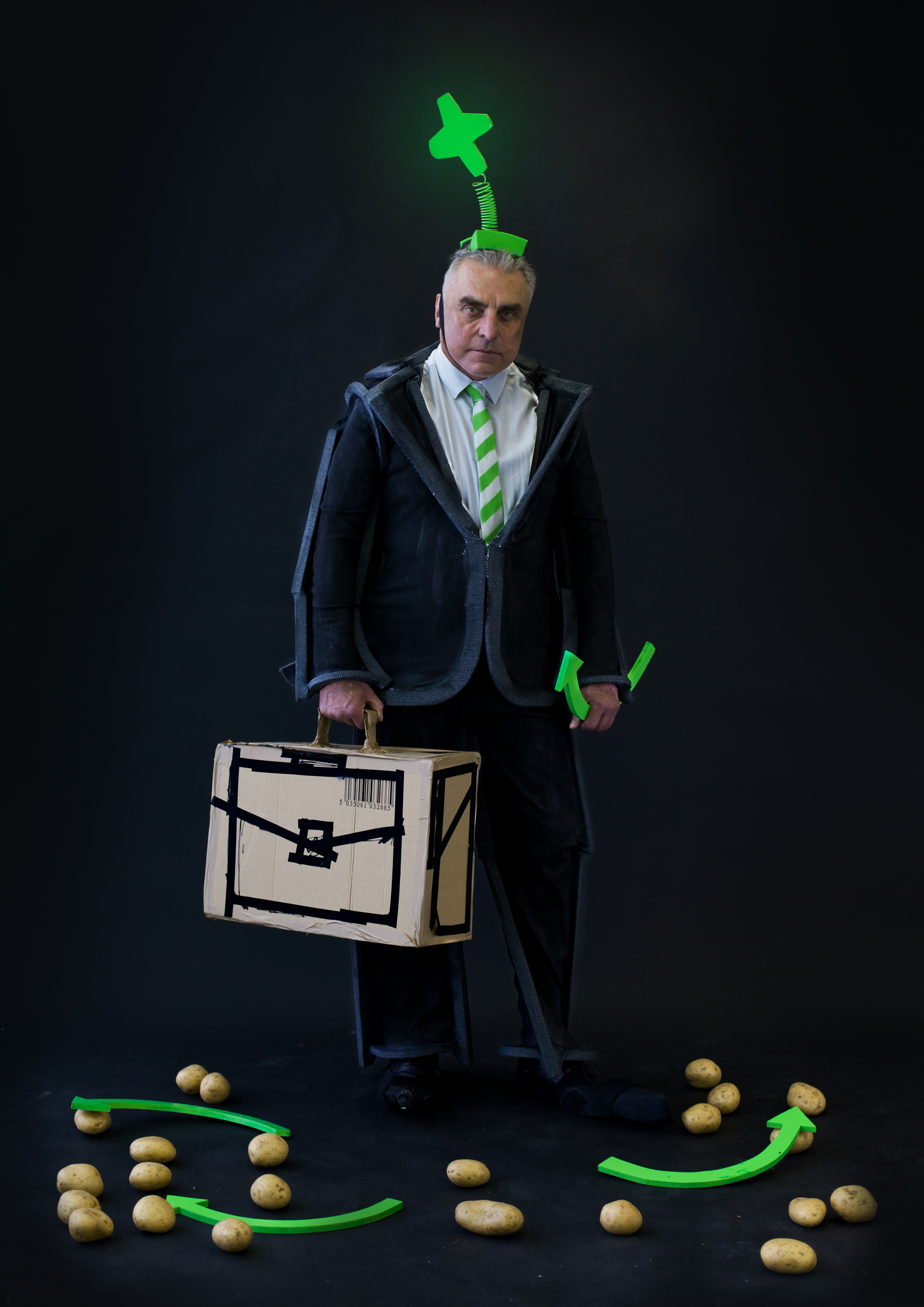 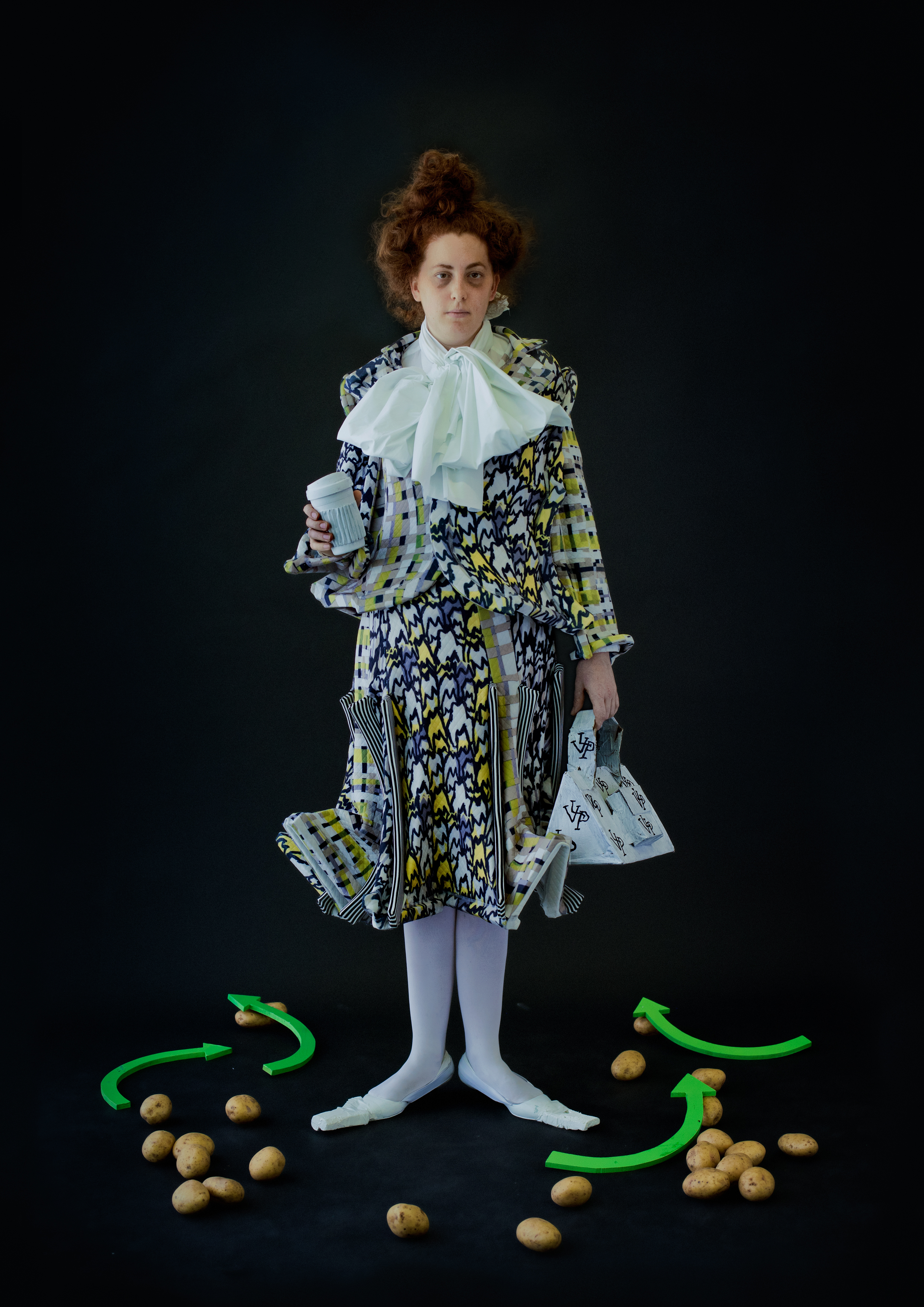 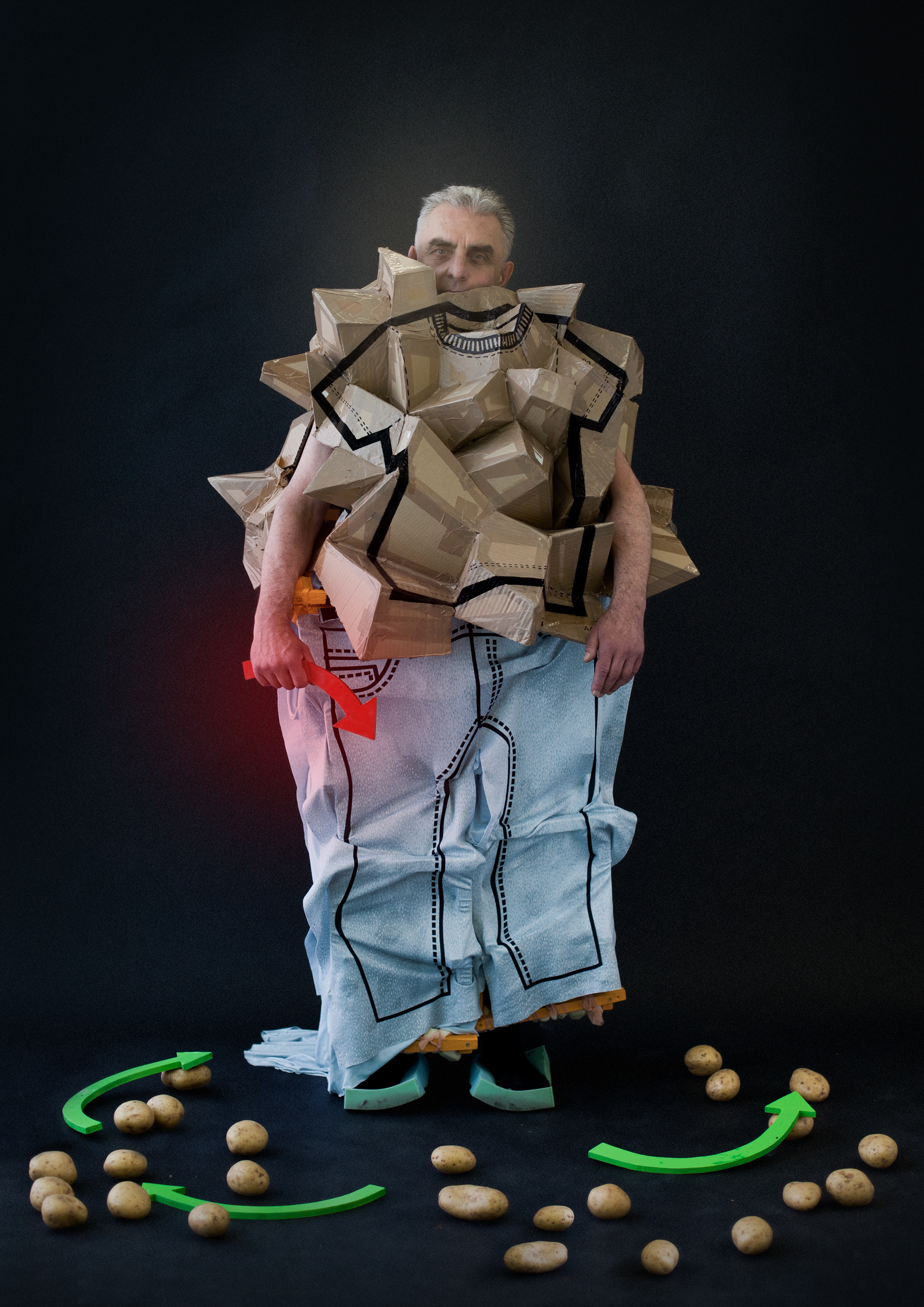 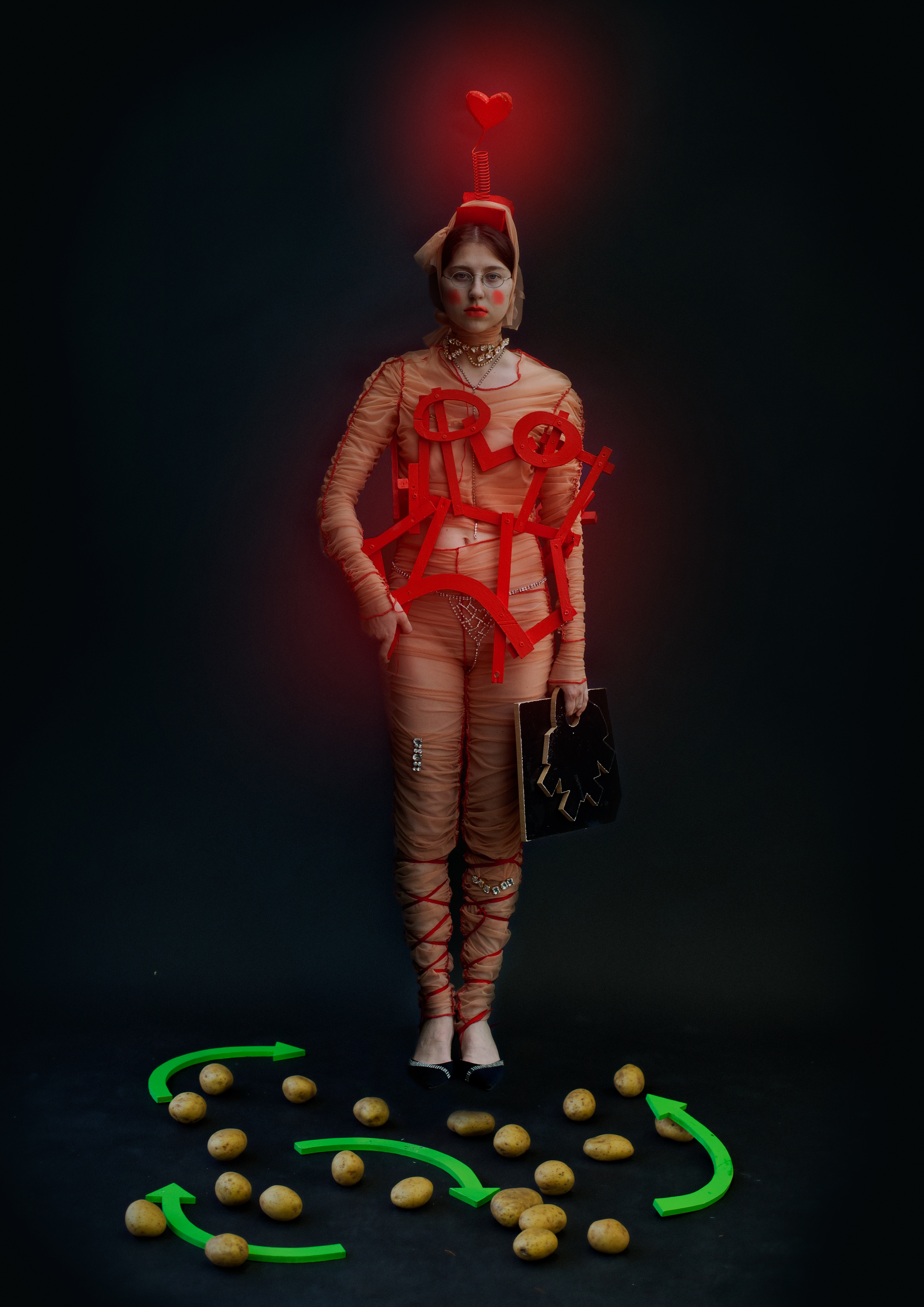 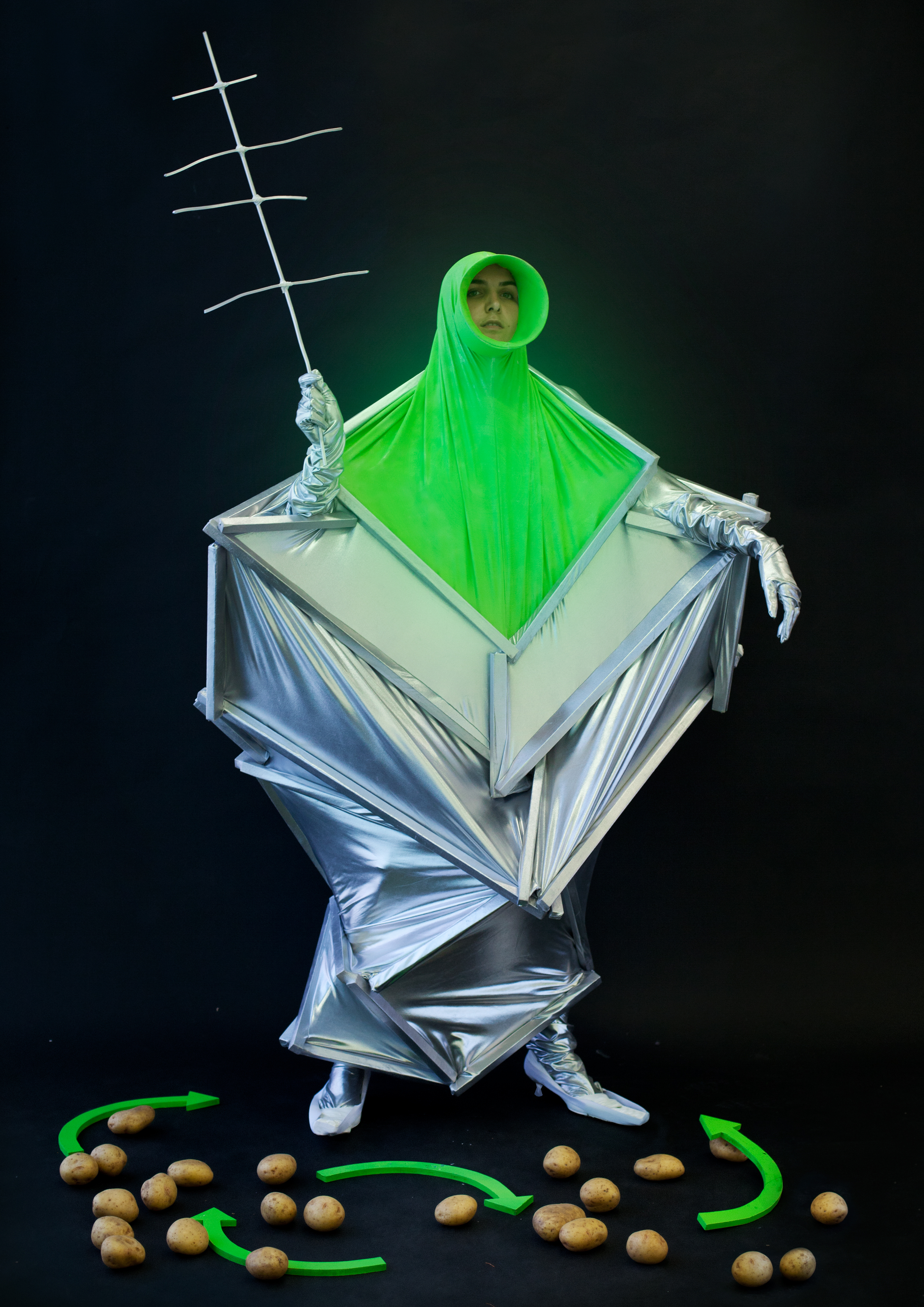 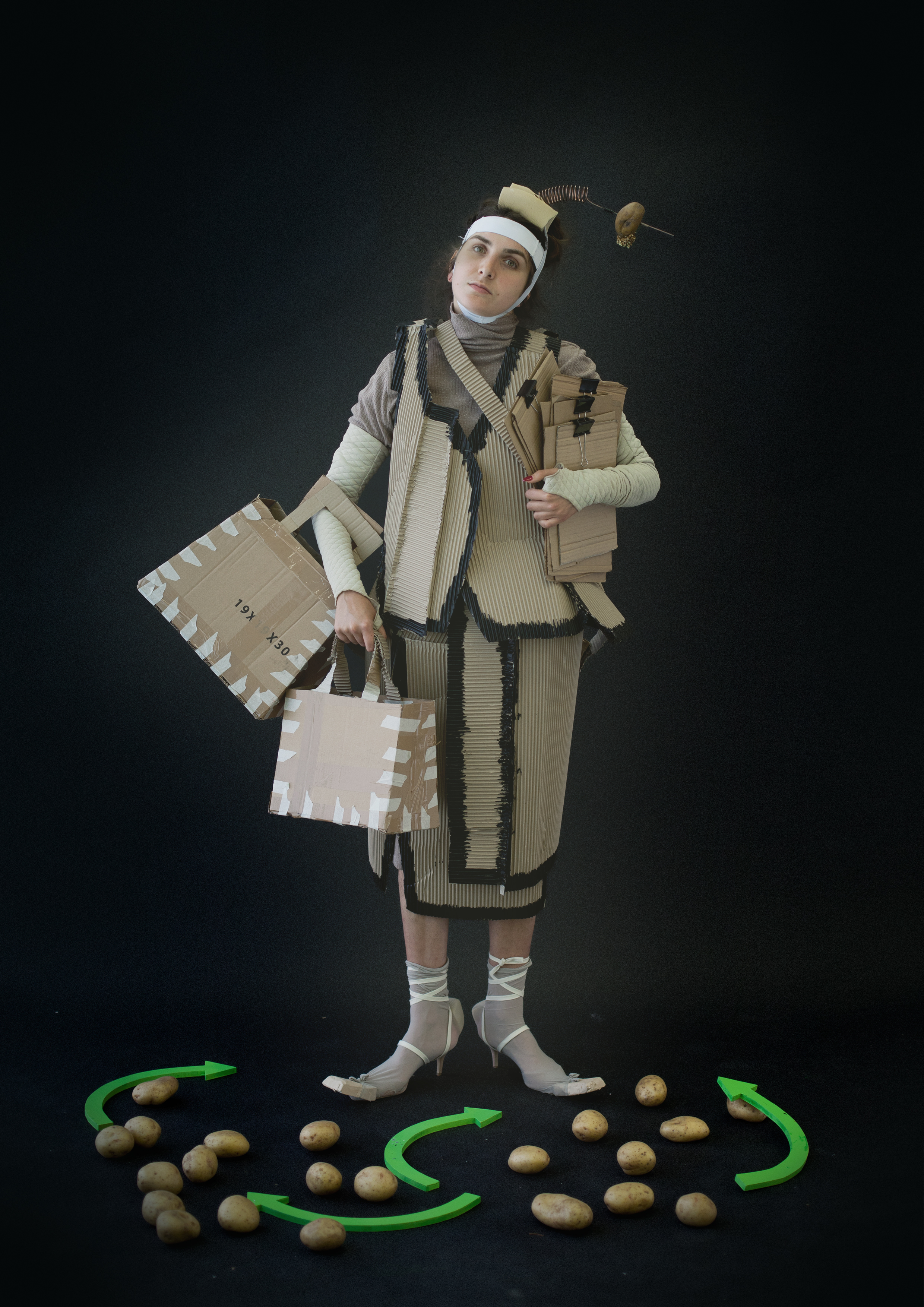 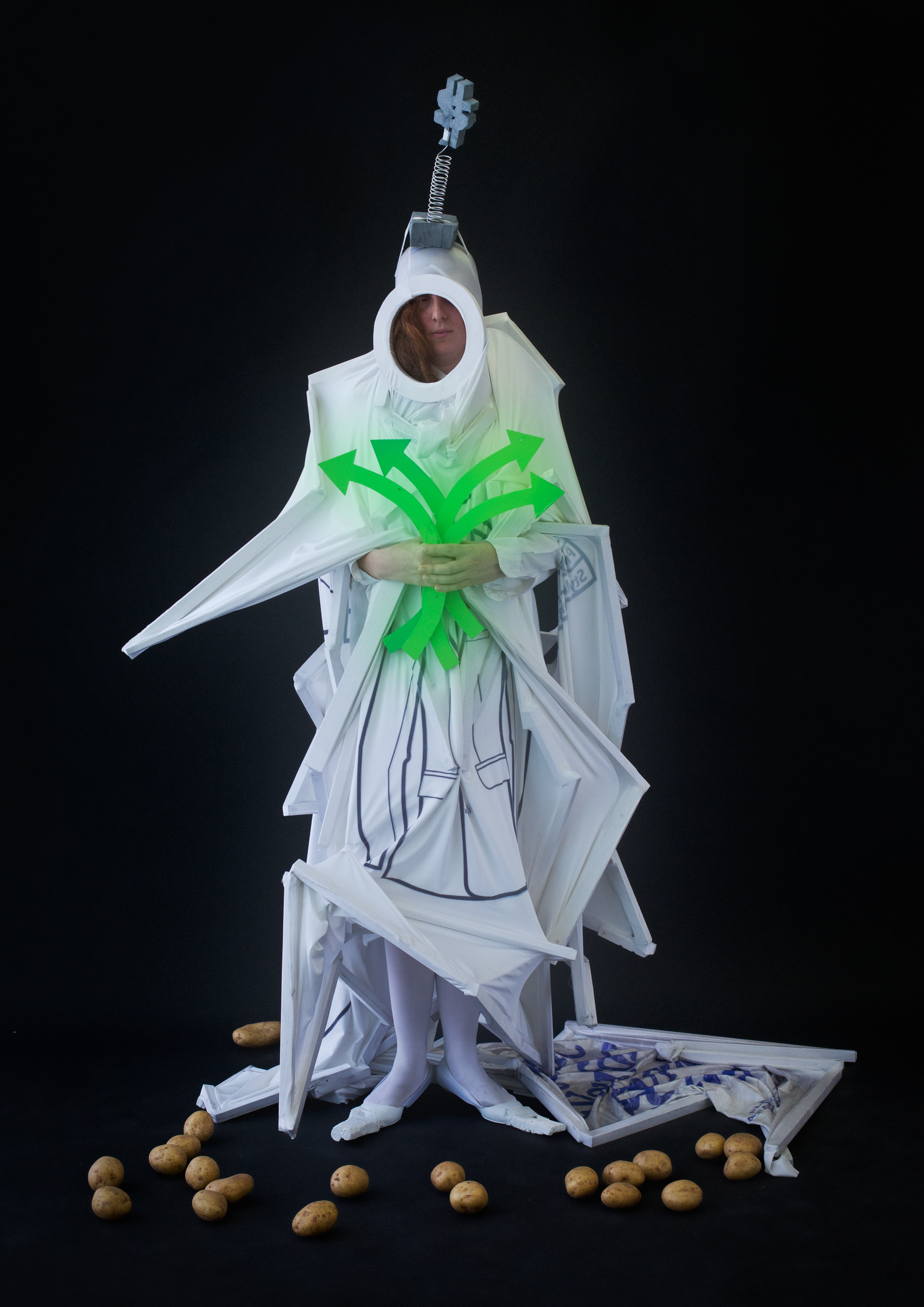